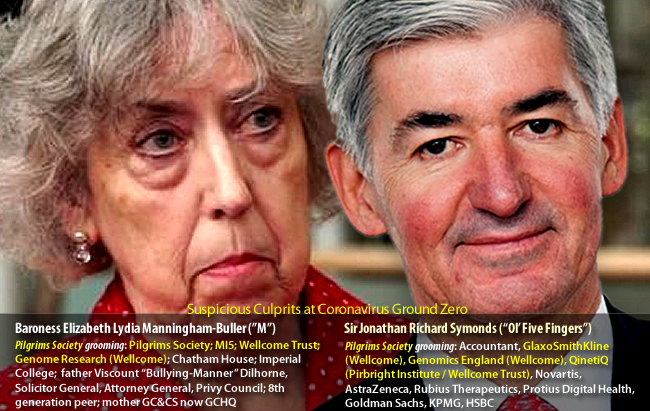 Fig. 1—L/R: Baroness Elizabeth Lydia Manningham-Buller (”M”), Sir Jonathan Richard Symonds (“Ol’ Five Fingers Johnny”). Manningham-Buller is the chair of Wellcome Trust, among others. Symonds has been groomed by the Pilgrims Society his entire career in finance, technology and pharmaceuticals to set up the destroyer communications company, QinetiQ Group Plc, to reign down 5G milliwaves to weaken our immune systems and release Coronavirus carrying nanotechnology that has been developed by the likes of recently indicted Harvard professor Dr. Charles Lieber.

Their worldwide QinetiQ, SERCO and DARPA communications centers & funding must be taken out

To these satanists, viruses are their silent armies marching through our blood streams to destroy humanity in order to make more room for them

Are they worried about catching the virus? No, they have a patent and already have the antidote

Reader Notice: We are pushing this research out quickly so that solid decisions can be made by Patriot policy makers on Coronavirus. Return soon as we add more research now being processed.

(Mar. 16, 2020)—This is one of the most important posts we have ever released. In the last 48 hours—just as the Coronavirus lock down was occurring in the US—researchers uncovered the likely culprits behind the Coronavirus bioweapon. 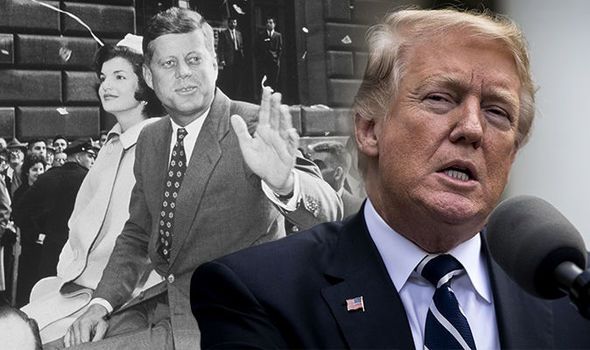 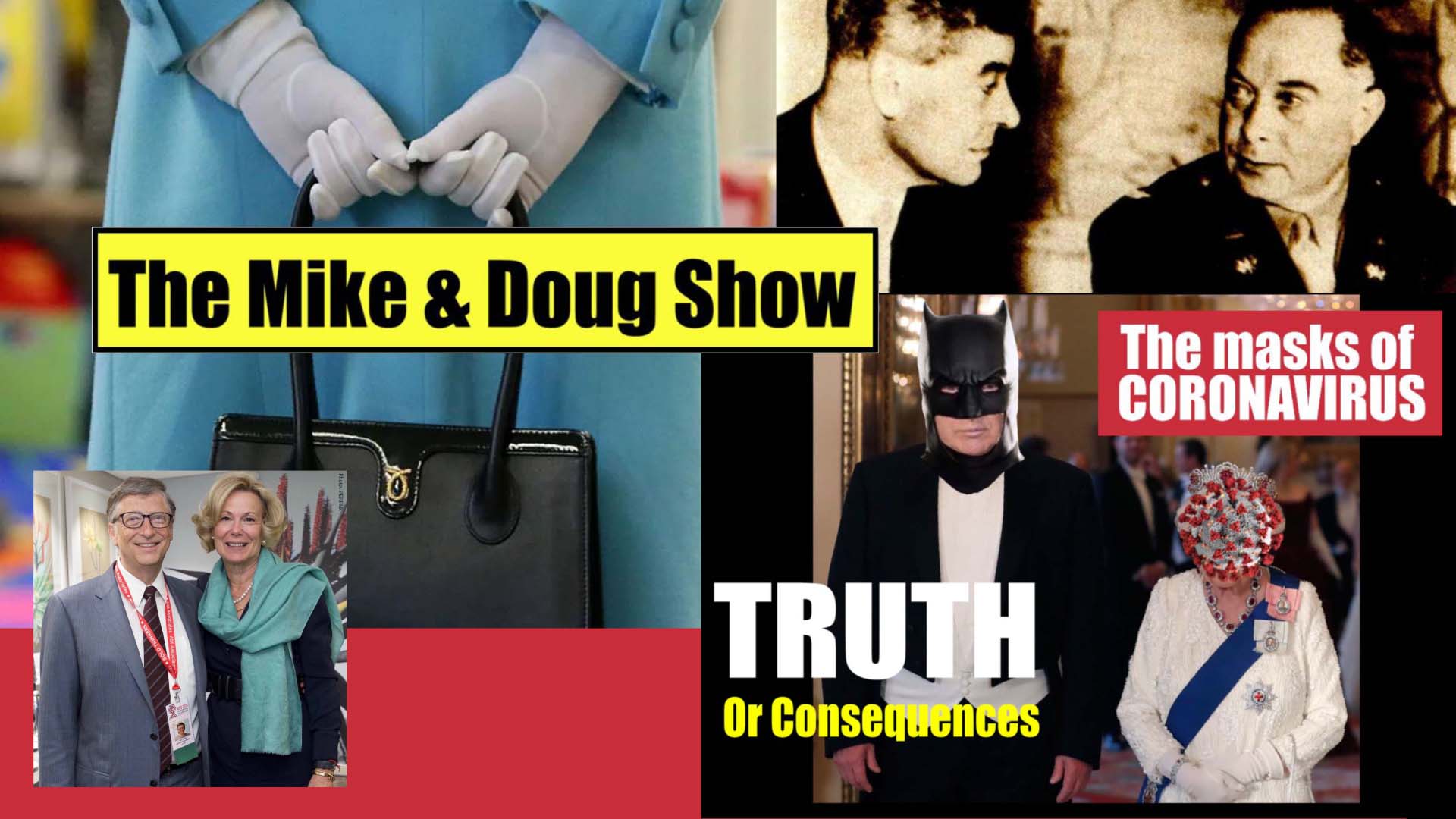 Michael McKibben and Douglas Gabriel review the latest findings from the miners and show you that John F. Kennedy's assassination and the current coronavirus wars are being waged by the same rogue faction of the military-industrial complex, which is controlled by the Queen. See Robert S. MacNamara, SECDEF. (Aug. 07, 1961). TOP SECRET: Management of National Reconnaissance Program, Declassified Oct. 01, 2012 by C/IART, NRO. USAF.

Bookmark: #will-5g-exterminate-humanity | https://tinyurl.com/qnufcb9
Just Banned: Wuhan, China has 5G fully deployed. The focus now is on recently indicted Harvard Wuhan-consulting professor Charles M. Lieber and his nanotube delivery systems whose Coronavirus payloads can be targeted to the 5G phones in our pockets

Click the image to view an uncesored version of this video. 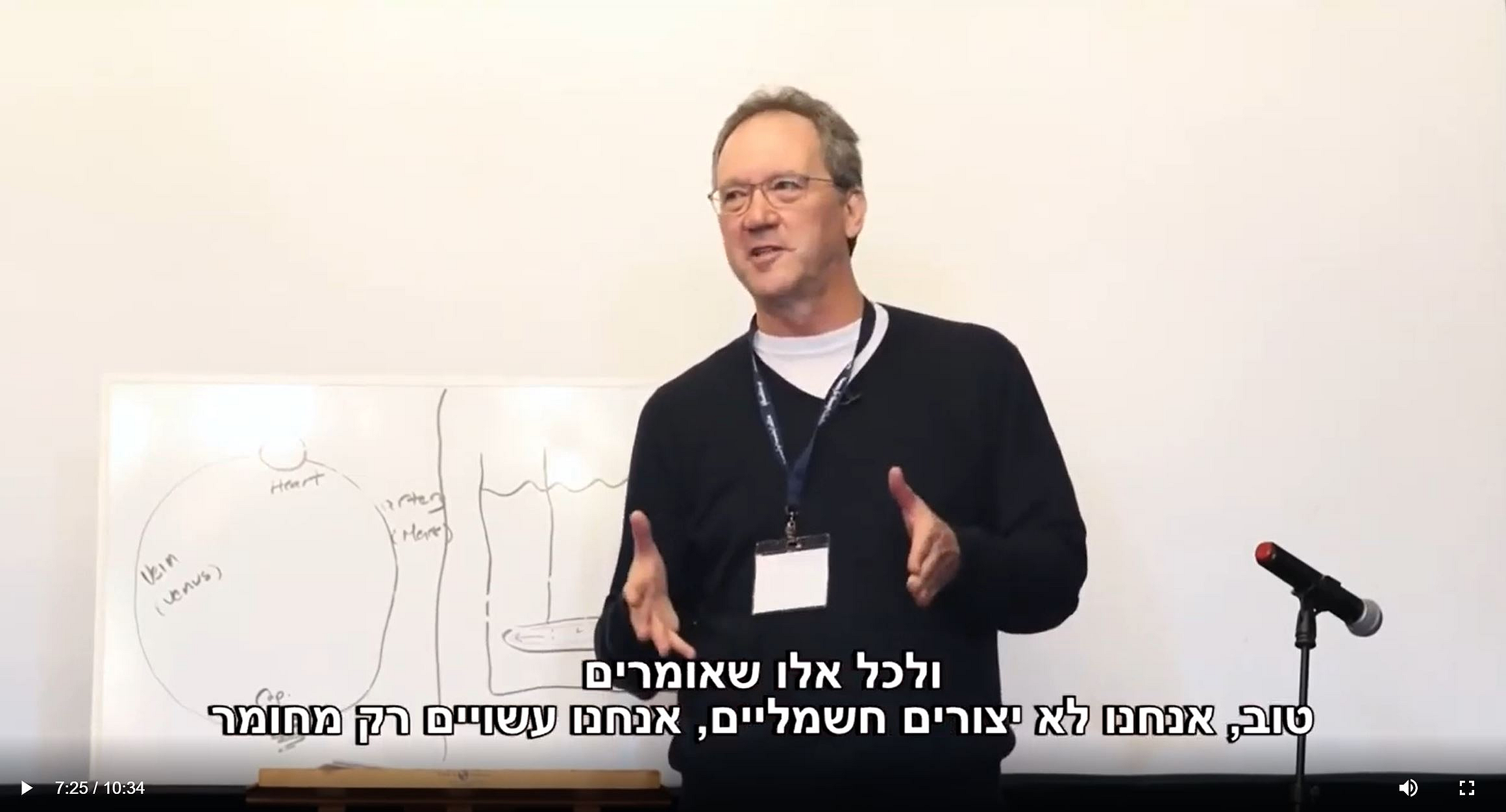 Dr. Thomas Cowan, M.D. hypothesizes that Coronavirus may be history repeating itself and caused by 5G. Recorded at the Health And Human Rights Summit in Tucson, Arizona on March 12, 2020. Camera, sound and editing by Joshua Coleman.

Despite being obvious that U.S. Patent. No. 10,130,701 is held by The Pirbright Institute (UK) operated by The Wellcome Trust, no one in the mainstream media is talking about this glaring fact. Even the alt-media is mute. We believe because the culprits are using every propaganda trick in their playbook to prevent a light being shined on the British Privy Council and the Queen.

China has been blamed, sort of, although the specifics are vague. We have shown that just a four-hour drive from Wuhan is Nanchang and the Merial Animal Health Institute manufacturing vaccines for The Pirbright Institute.

The decision by The Pirbright Institute (Wellcome Trust) to move their Merial Health vaccine manufacturing plant offsite was taken after a virulent foot and mouth outbreak at their Merial plant at Pirbright, Surrey, UK. 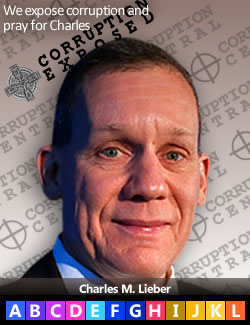 Fig. 5—Prof. Charles Michael ("M.") Lieber (b. Apr. 09, 1959, Philadelphia), wife is undisclosed colleague Jennifer Lieber (nee Karas) aka Jennifer L. Karas. He has at least one son named Alexander who is a 2014 alumnus of Franklin & Marshall University where Charles graduated in 1981. His daughter is named Sara. He is the Indicted Harvard nanotech professor was caught conspiring with Wuhan University of Technology. His specialty is bio nano tech. See Jie Zhang. (Apr. 25, 2013). [Harvard] Prof. Charles M. Lieber, The Outstanding Scientists on Nanotechnology, Visited SINANO. Suzhou Institute of Nano-Tech and Nano-Bionics (SINANO). Translation of header: "Traitor, in our opinion". 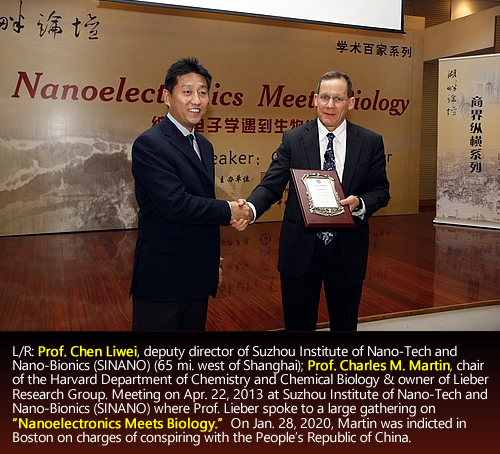 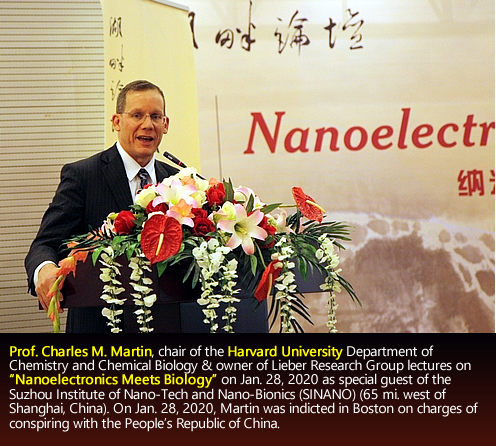 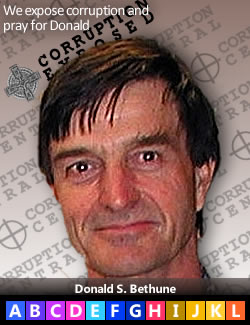 This means the British have, right now, a Merial (Wellcome Trust) vaccine manufacturing plant just four hours away from Coronavirus ground zero. But, why is no one pointing out this obviously suspicious FACT. All it would take to release the Coronavirus in Wuhan is for an employee at Merial to get in the car with a vial of  Coronavirus, and sprinkle it around in Wuhan. Better yet, send a 5G signal in Wuhan (a 5G test city) to instruct Coronavirus nanotubes developed by just indicted Harvard Professor and popular Wuhan University of Technology nanotechnology lecturer Dr. Charles Lieber to release their deadly Coronavirus microbe payloads. See previous post.

Who are the Lieber treason co-conspirators?

Who was the Wellcome Trust chairman who set up the Merial Nanchang plant near Wuhan? 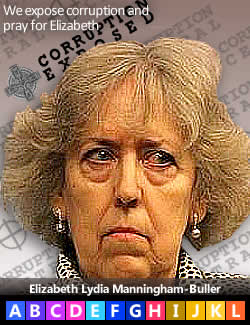 The Wellcome Trust chair was Baroness Elizabeth Lydia Manningham-Buller, the former director of British MI5 (2002-2007). Her mother was GCHQ. Her father was Privy Council, Attorney General and Solicitor General, with a “Bullying Manner.” She is an eighth-generation peer.

In Oct. 2013, Manningham-Buller was the keynote speaker at the Pilgrims of Great Britain London at the Sir Harry Brittain Memorial Lecture. Harry Brittain was the founder of the Pilgrims Society in 1902. Brittain founded the Pilgrims soon after the untimely death of Cecil Rhodes and the grave illness of their their spiritual mentor Henry de Worms 1st Lord Pirbright. They capitalized on the funderal of Queen Victoria to gather their secret clique. Some 50 British peers formed the Pilgrims Society with heavy sponsorship from Henry Wellcome and The Daily Telegraph founder Lord Burnham Edward Levy-Lawson. Others included Alfred Milner, John Buchan, Philip Whitwell Wilson [Lenin's handler] and Winston Churchill. In 1909, Wellcome then bankrolled the Pilgrim Society's First Imperial Press Conference, 1909. He pampered his guests in order to recruit some of the newspapermen to help them form MI5, MI6 and GCHQ.

Manningham-Buller's promotion by the British Pilgrims speaks volumes to hers and her bully father's long associations with the Pilgrims, Privy Council and Wellcome Trust.

Operating from the same Wellcome Genome Campus is Genomics England Limited that is overseen by Manningham-Buller directly for the Monarch, which holds Golden Share control over the company. 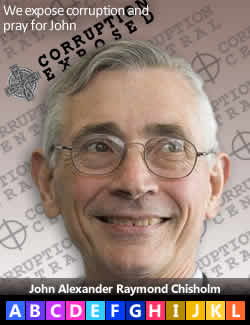 We have already written about Chisholm’s formation of QinetiQ (when SERCO moved into the U.S.) and the fact that former C.I.A. director George Tenet, and former vice chairman of the Joint Chiefs of Staff Admiral Edmund P. Giambastiani Jr. were QinetiQ directors. QinetiQ has been awarded over $8 billion in U.S. contracts in space, satellites, information technology, military and government agencies. See previous post. 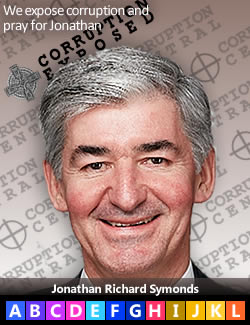 While our research zeroed in long ago on the Anglo-American Pilgrims Society as the actual “Deep State” globally, and while we have gotten tantalizingly close to find this person, his or her name has elluded us.

Now we have found him: Sir Jonathan Richard Symonds.

On Sep. 01, 2019, Symonds was appointed chairman of GlaxoSmithKline (GSK) Plc, the successor to  Glaxo Wellcome.

GSK is strategically aligned with Wellcome Trust  where former MI5 director Manningham-Buller is the current chair.

Symonds has been a director of HSBC Holdings plc since 2014-just months after James Comey left an HSBC directorship to become FBI director. He has been HSBC deputy group chair since 2018, he was also chair of HSBC Bank plc (2014-2018) until just recently.

HSBC has been a major Clinton Foundation donor.

Prior to Novartis, Symonds was managing director of Goldman Sachs (2007-2009).

Here is the lynchpin that shows Symonds is the organizational Deep Throat of the Anglo-American Pilgrims Society. He was director and audit chair of the newly-formed QinetiQ (Feb. 28, 2003-Jun. 30, 2004)

Symonds was QinetiQ’s second director just long enough to set up the chart of accounts and the share stock structure giving the Monarch’s Special Share (“Golden Share”) control of the company no matter how many sub-classes of stock were established.

QinetiQ shares property with The Pirbright Institute (Wellcome Trust), the patent holder of the Coronavirus financed by Wellcome Trust and the Bill and Melinda Gates Foundation. See also Coronavirus Traced to the British Crown.

Our latest discovery that Baroness Eliza Manningham-Buller, former head of MI5 (2002-2007), is chair of Wellcome Trust and their related DNA-harvesting research associates, further confirms that the Anglo-American Pilgrims Society are making their move to dramatically reduce the world population by attacking our blood streams

They operate a secret global satellite system for themselves out of the Cobbett Hill Earthstation adjacent to The Pirbright Institute (UK)—on the very site of the 2007 foot and mouth outbreak from poorly supervised Pirbright Institute (Merial-Wellcome) sewage effluent. (READ: There are Anglo-American demons that span the globe from these fields). See Coronavirus uncovers Rothschild Lord Pirbright as key to the 140-yr. secret monopoly of the Pilgrims Society.

Fig. 9: "Cobbett Hill is located only 25 miles from central London in the UK, and occupies a seven-acre secure compound on 200 acres of land. Currently, it houses more than 25 antennas with active operations on 13 satellites plus spare capacity enabling quick turnaround times on even short-notice customer requirements. Due to the locations historical use by the British Ministry of Defence it has blanket planning permission for unlimited antenna installations within the 200 acres and operate within an RF exclusion zone preventing any local interference." —CETel GMBH CEO Guido Neumann on Jun. 01, 2019.

Yes, this is hard to believe, but these facts are now screaming for us to pay attention.

We have our blessed countries and beautiful world to save from these truly evil Pilgrims Society powermongers who want to kill about 90% of the world's population (to make more room for their hellish celebrations to Baphomet and Moloch).

See p. 321 of Burrough Wellcome & Cos.' Pilgrims Society book The Evolution of Journalism if you think we are exaggerating. This book celebrates British expedition theft of African poisons and cures, fake vaccines, forced innoculations, mortality tables, pedophilia and witchcraft (bee and butterfly symbolism are used heavily in the spy cryptography deception business) given to the delegates of the First Imperial Press Conference, 1909, if you think we are exaggerating. 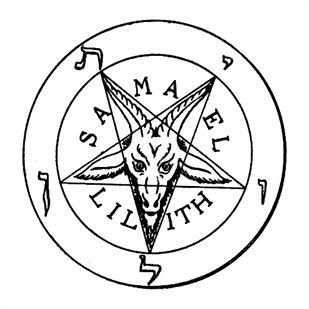 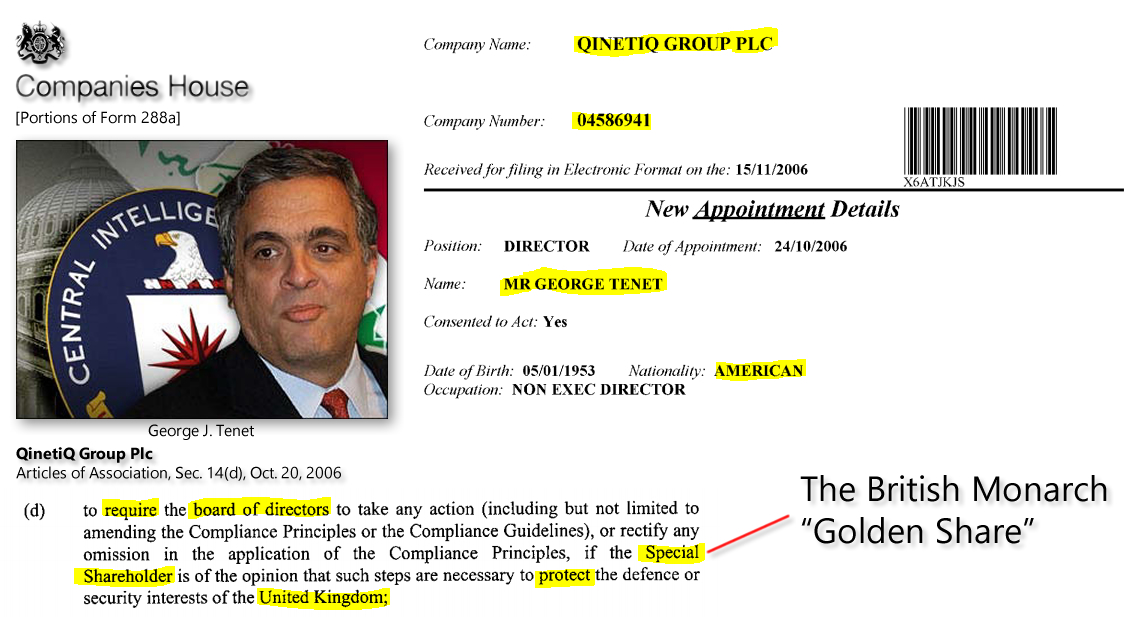 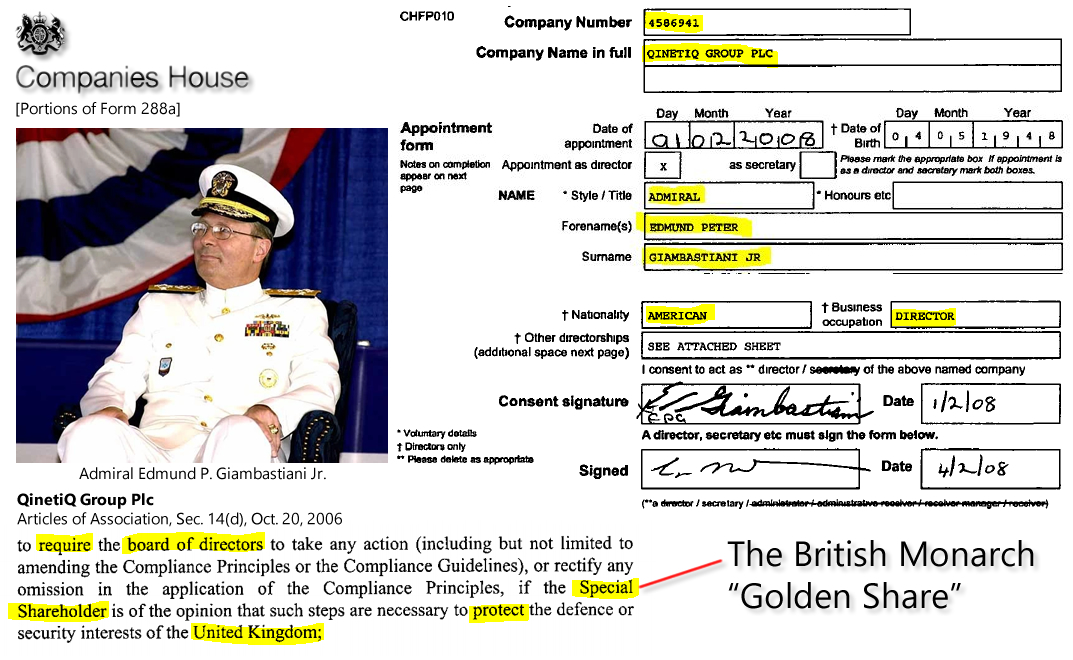 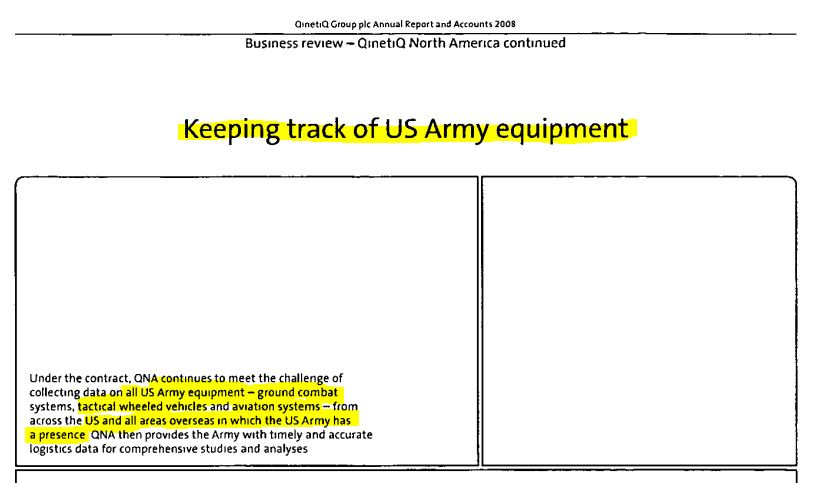 TRANSCRIPTION, p. 17: QinetiQ Group plc Annual Report and Accounts 2008. Business review - QinetiQ North American continued, Keeping track of US Army equipment, Under the contract, QNA continues to meet the challenge of collecting data on all US Army equipment - ground combat systems, tactical wheeled vehicles and aviation systems - from across the US and all areas overseas in which the US Army has a presence QNA then provides the Army with timely and accurate logistics data for comprehensive studies and analyses.