THE TIMELINE OF EVIL GOES VIRAL

(Mar. 05, 2018)—Americans who work for a living have been screwed by a cadre of people with nothing better to do than lie, steal and cheat decent people.

Law abiding citizens, by nature, want to believe that their elected and appointed officials support the U.S. Constitution. The Americans for Innovation timeline proves that many of our officials are committing heinous crimes, while the others are silent, thus enabling the sins in their silence.

The timeline of facts—first called a “crimeline” in this video interview with social networking inventor Michael McKibben (above)—proves that a surprisingly large group of our public officials, bureaucrats, bankers, judges and their private company partners have conspired to destroy our Republic.

These seditious criminals want to replace our Republic with a globalist, fascist police state where corporate friends profit permanently from their monopolies. This is a similar model to that used by the Nazis before and during World War II. Their companies like Mercedes, BMW, Krupp, IBM and Bayer were permitted to operate and profit as long as they cooperated with Adolf Hitler's war plans, including the Holocaust mass murder of Jews, homosexuals, gypsies, Poles and Russians.

The timeline indicates that these people have been working on this plan for more than a century. It appears that they have been the financiers of every major war and terror event in our lifetime.

American Republic was turned over to Fascist oligarchs starting in 1910

Here are several of their key conspiratorial events: 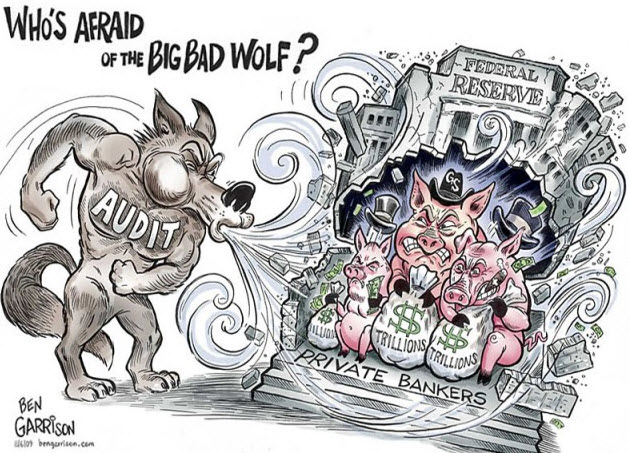 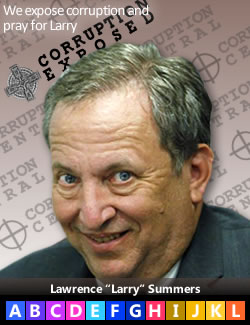 These oligarchs and institutions have become utterly evil in their pursuit of the seven deadly sins: pride, greed, lust, envy, gluttony, wrath and sloth. We the People must disempower them. Their houses are built on sinking sand. They are incapable of doing the People's work.

Ask yourself, is it coincidence that after these bankers gained control over international finance starting in 1910, that history suffered almost continuous catastrophes—all funded by these criminals? The moral is that perpetual conflict is good for business of these corruptocrats: (See also 53 Admitted False Flag Attacks.)

Scared yet? Are you ready to give up your freedoms for the false promise of security? The fact is, we have been willing to the point where we have almost given our Republic over to these evil people.

Benjamin Franklin: “Those who would give up essential liberty to purchase a little temporary safety, deserve neither liberty nor safety.”

Why do these people choose evil?

It is because of their nature is stunted and two-dimensional. They lack a moral compass—a third dimension of spirit and morality. As a result, they try to destroy spiritual people.

Hillary Clinton’s political mentor was Saul Alinsky, the author of 12-Step Rules for Radicals (Random House 1971). Alinsky is/was one of the most evil people, ever. So evil, in fact, that he dedicated Rules to Lucifer. One of Alinsky's Rules is:

“Make the enemy live by its own book of rules.”

One of those rules is forgiveness and non-judgmentalism. Sincere religious people by contrast believe in forgiveness. They also strive to give one’s fellow man the benefit of the doubt.  This fundamental moral value is exploited by evil people. It is their cover for abject criminality.

The Constitution was written to check this kind of evil. However, this timeline reveals that the very American institutions charged with policing this misconduct, are all too often aligned with the evil doers.

This Crimeline proves that the American judicial system is utterly corrupt from top to bottom.

Digital privacy and security cannot be an option in a Constitutional Republic. The current dominance of this realm by immoral spies, bankers, judges and fascist company must stop immediately.

See also previous posts on The Internet of Things Wet-ware:

AFI. (Jan. 11, 2018). Meet The Person Who Can Remotely Crash Planes And Can Control Your Mind. Americans for Innovation.

Lionel Nation, Thomas Paine. (Jan. 21, 2018). You Will Be Completely Controlled — You Are Wetware — Implanted Devices and Mind Control Hijack You. Lionel Nation.

AFI. (Feb. 01, 2018). The Internet of Things was Fascist from Inception. Americans for Innovation.

AFI. (Feb. 22, 2018). The Miller Act Notice is a HUGE pitchfork against the Globalists. Americans for Innovation.

With the PROVEN CORRUPT CENSORING ACTS of Google, Twitter, YouTube and Facebook, it is vital that President Trump release the Miller Act funds to Leader Technologies NOW.